While on Twitter I came across a tweet that was intriguing so I took a look.  What I saw was definitely interesting, as it was a link to another Kickstarter for a new roleplaying game.  And as there are many fans of RPG/TRPG on here, and no doubt a lot of you are fans of Steampunk too, thought this was something that you may all find of interest.  The Kickstarter was by a new company called Caelestis Designs, and the new game and world is called Edara: A Steampunk Renaissance.

Caelestis Designs is a new gaming company created by two college roommates from Indianapolis, IN, with a passion for games and an abundance of creativity.  They have been gaming together for over five years and have created countless tabletop worlds and campaigns.  Edara: A Steampunk Renaissance is their first attempt at commercially publishing a piece of their work because this is the world and game that they are most passionate and excited about.  If everything goes well here, expect to see even more entries from Caelestis Designs in the future.  Click on the following picture to head on over to their website.

The Steampunk Renaissance describes the cultural movement currently happening in Edara. For the past few centuries, Edara has been steeped in violence. Religious leaders from both the Black and White Bands believed their Primarchs to be at war and carried that spiritual battle to the physical fields of Edara. This lead to closed borders, division between the mortal races, and an air of tension that lasted for hundreds of years.

With the discovery of Steam Technology, all of this changed. Suddenly, there was hope. Green Band Inventors and Red Band Engineers went to work harnessing that power and creating Gadgets that make life easier. Roadways were built to connect cities that had never been connected. The first Cross-Realm railroad has been completed and steam powered Zeppelins roams the skies. The world is smaller than ever. This allows for an exchange of ideas and culture that had long since been forgotten. Now the focus is on the inventors, artists, and musicians who are slowly removing the blanket of fear from Edara. The world is ripe for travels and adventures. Edara is open once again. 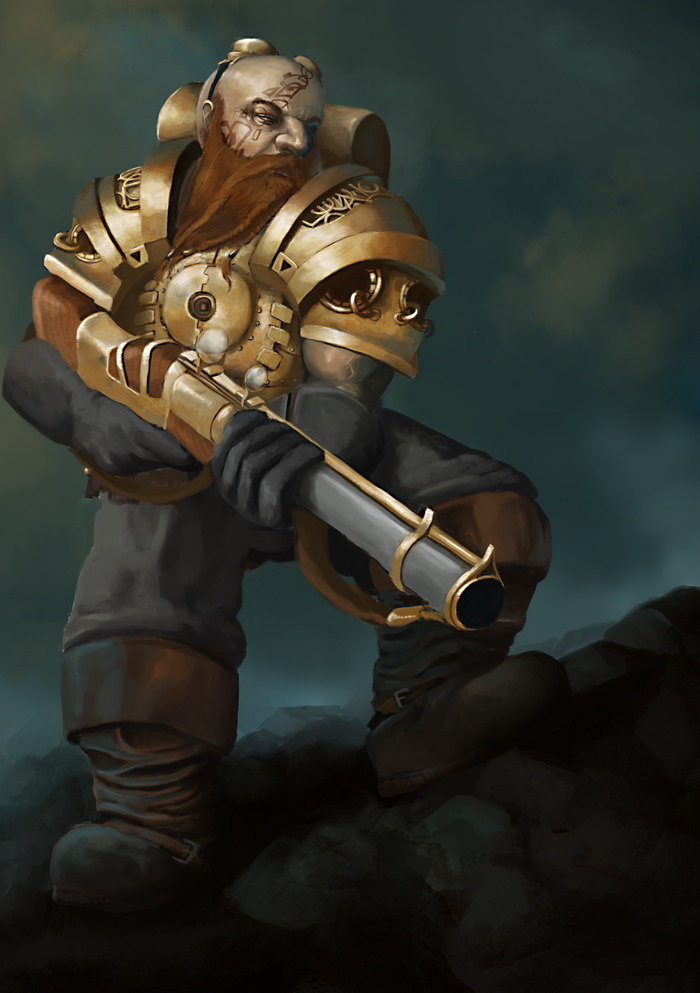 So if you find all this interesting yourselves then please take a look at their Kickstarter page.  Kickstarter