To begin this month I only picked up one game, a boardgame.  And yes it is another from Rio Grande released game, but after last months barrage of games I thought this would be the last for a while.  (How wrong I was!)

This one is called Vasco da Gama, and it entails the players being shipowners who endeavor to achieve riches and prestige.  And again I had found this at a highly reduced price. 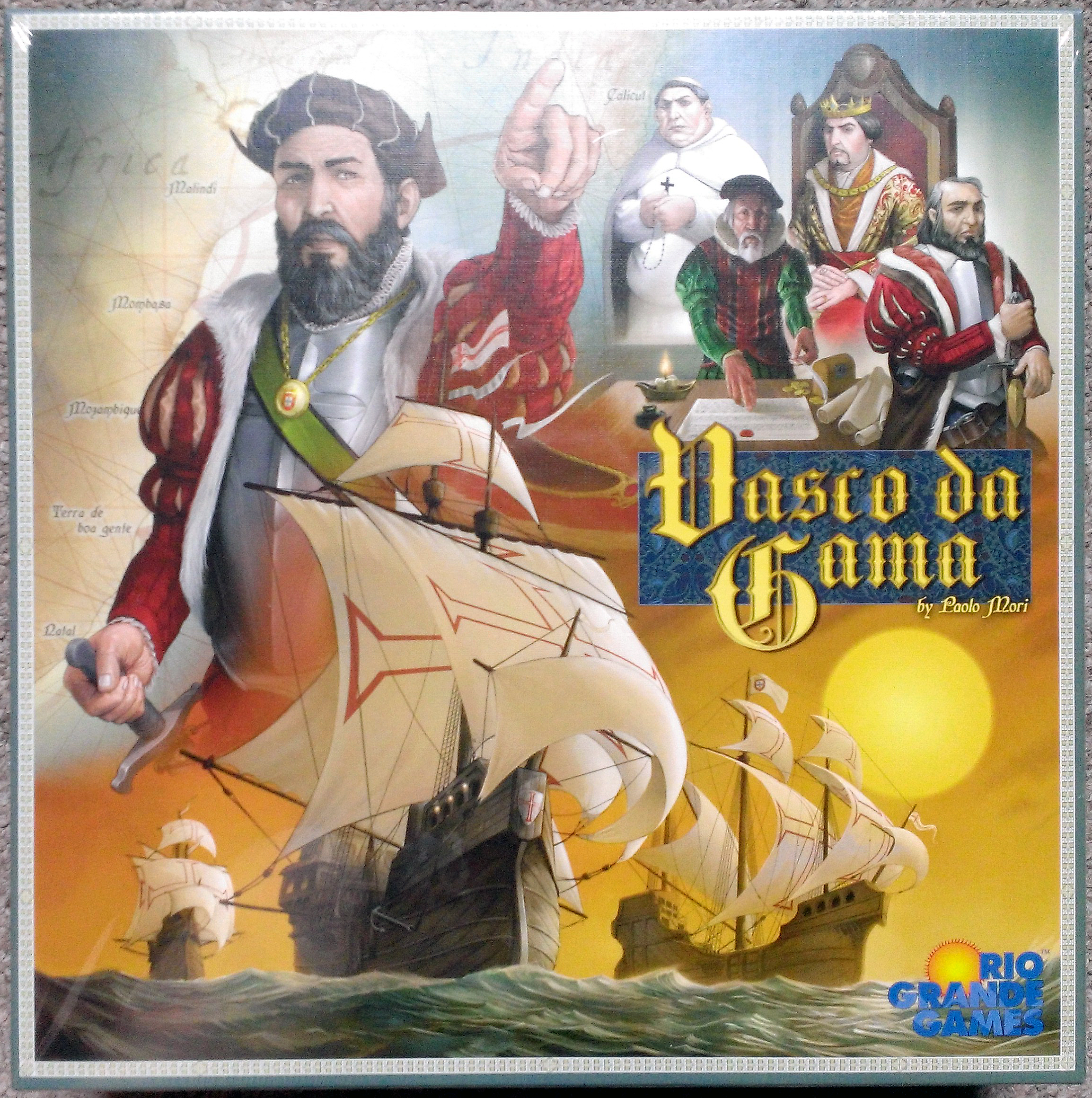 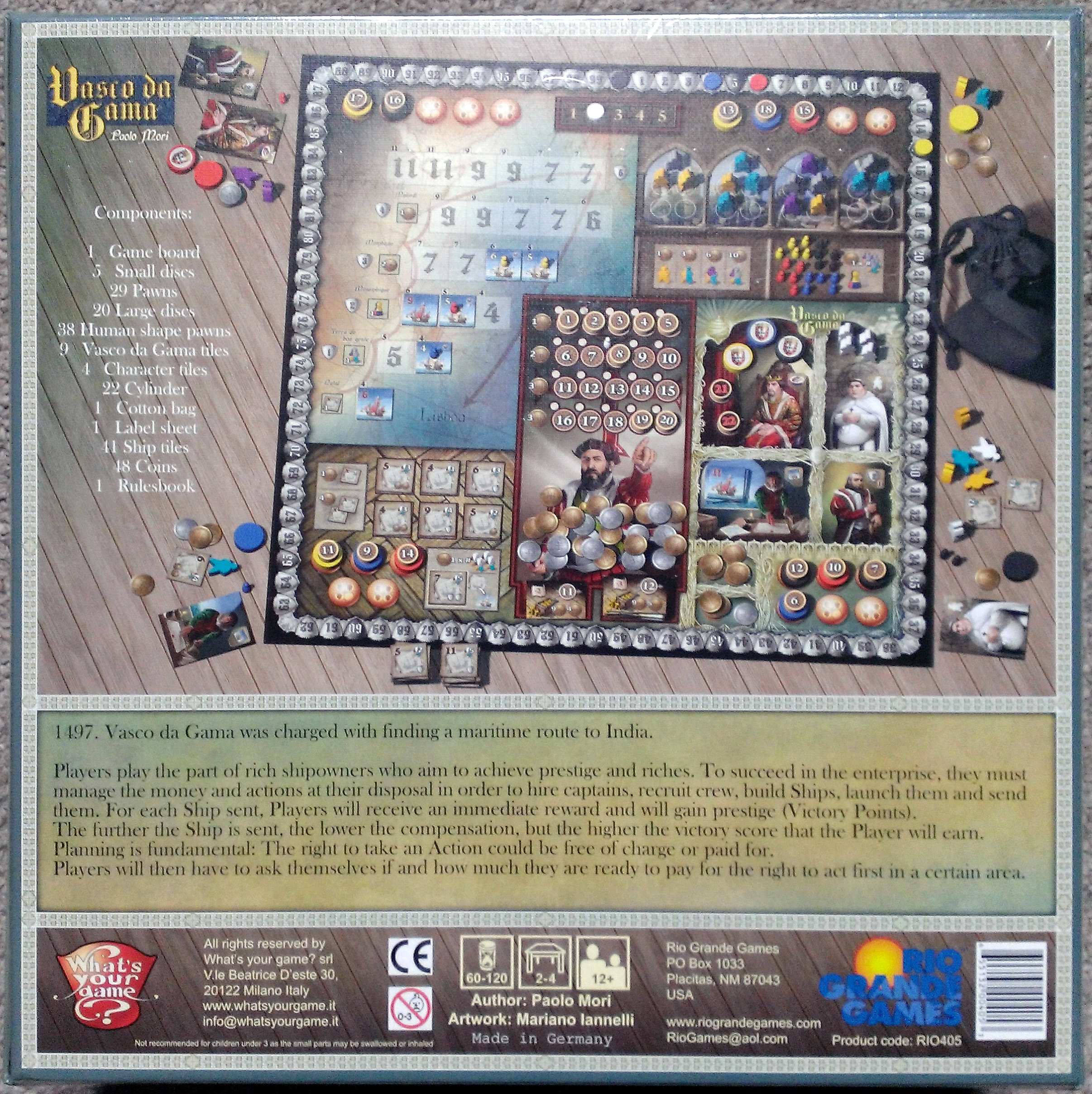 Not too long in to the month and another set of games come in to view at bargains prices.  These three games are called, in alphabetical order; Cape Horn, where you are a 19th century ship captain in a race around Cape Horn.  Then we have Palazzo, where you are trying to build the most impressive palace in the 15th century.  Followed by Principato, a tactical game where you try to have the most powerful principalities. 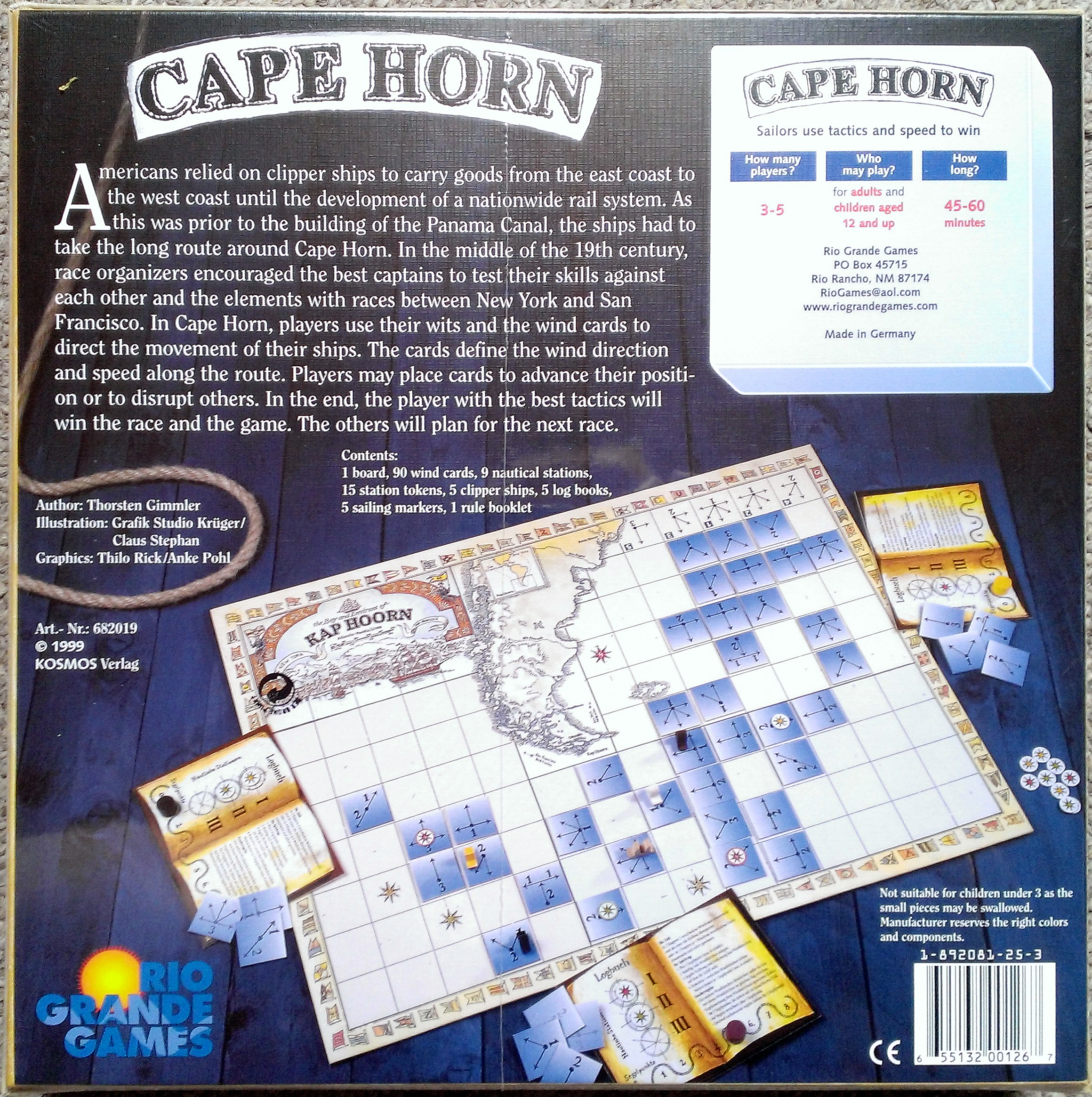 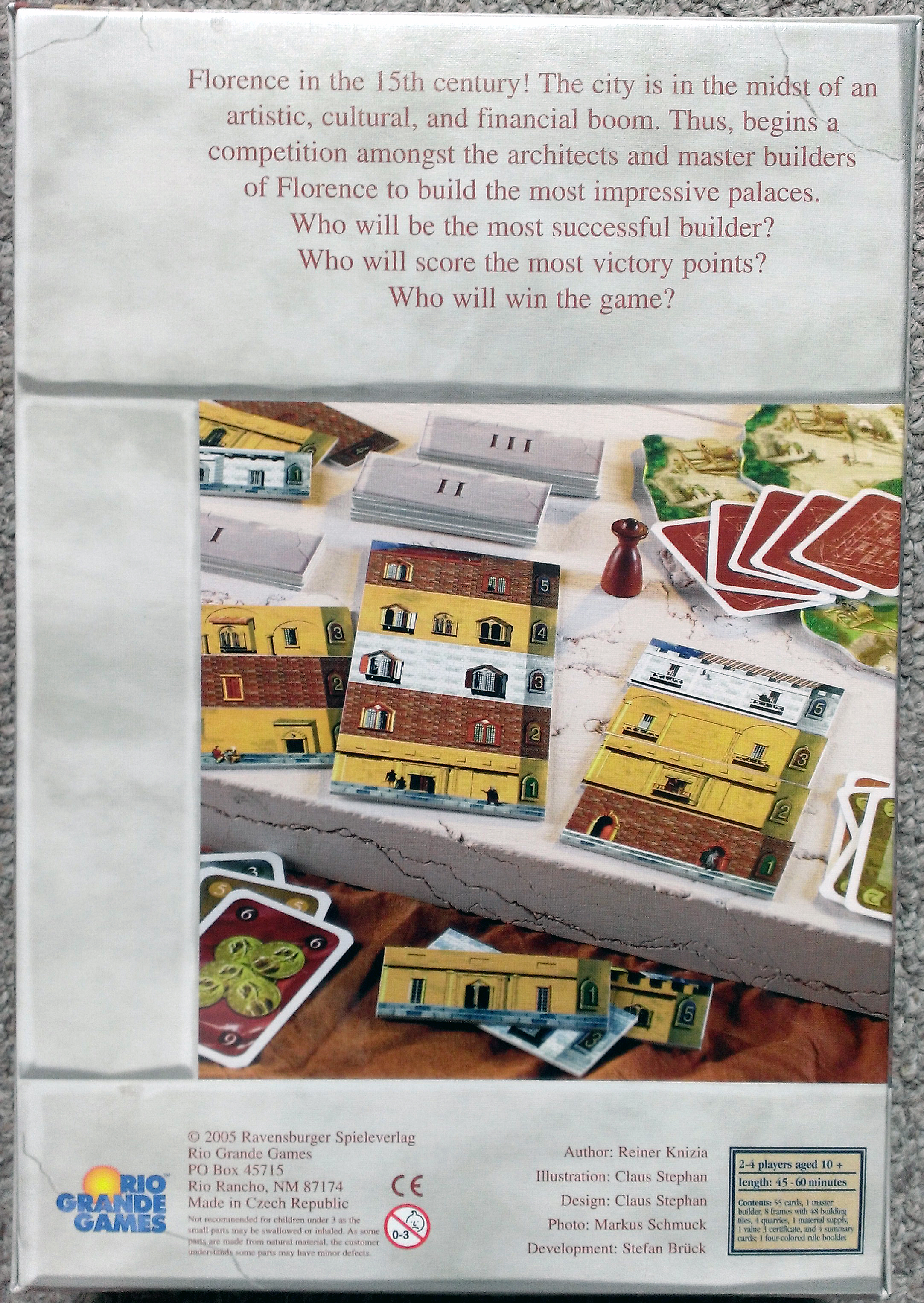 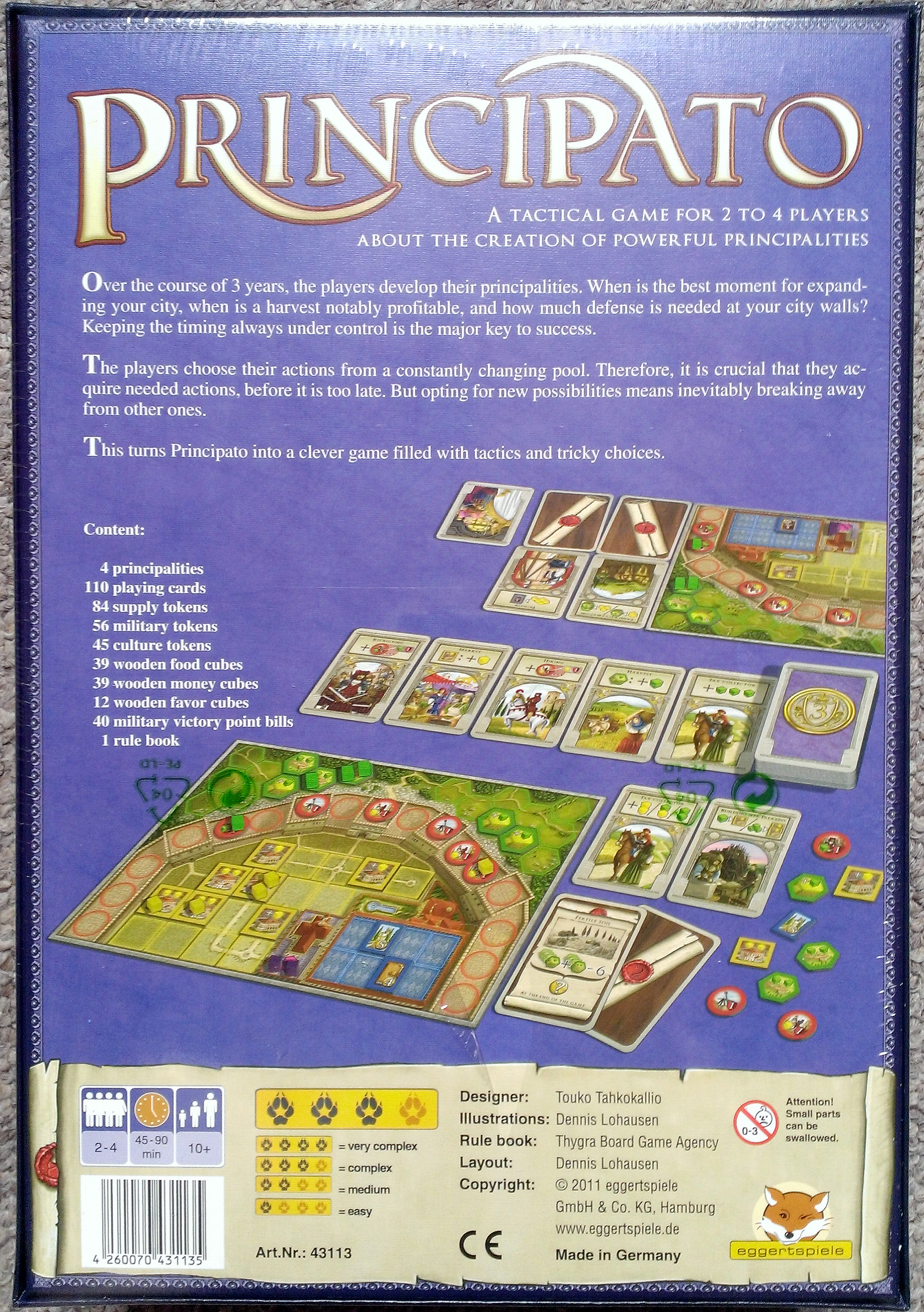 When I bought the above three boardgames, I also purchased another wooden six-sided dice to add to my dice pool.  (You can never have too many dice!)  This one is a mere 5cm in size, and cost me a small 99p 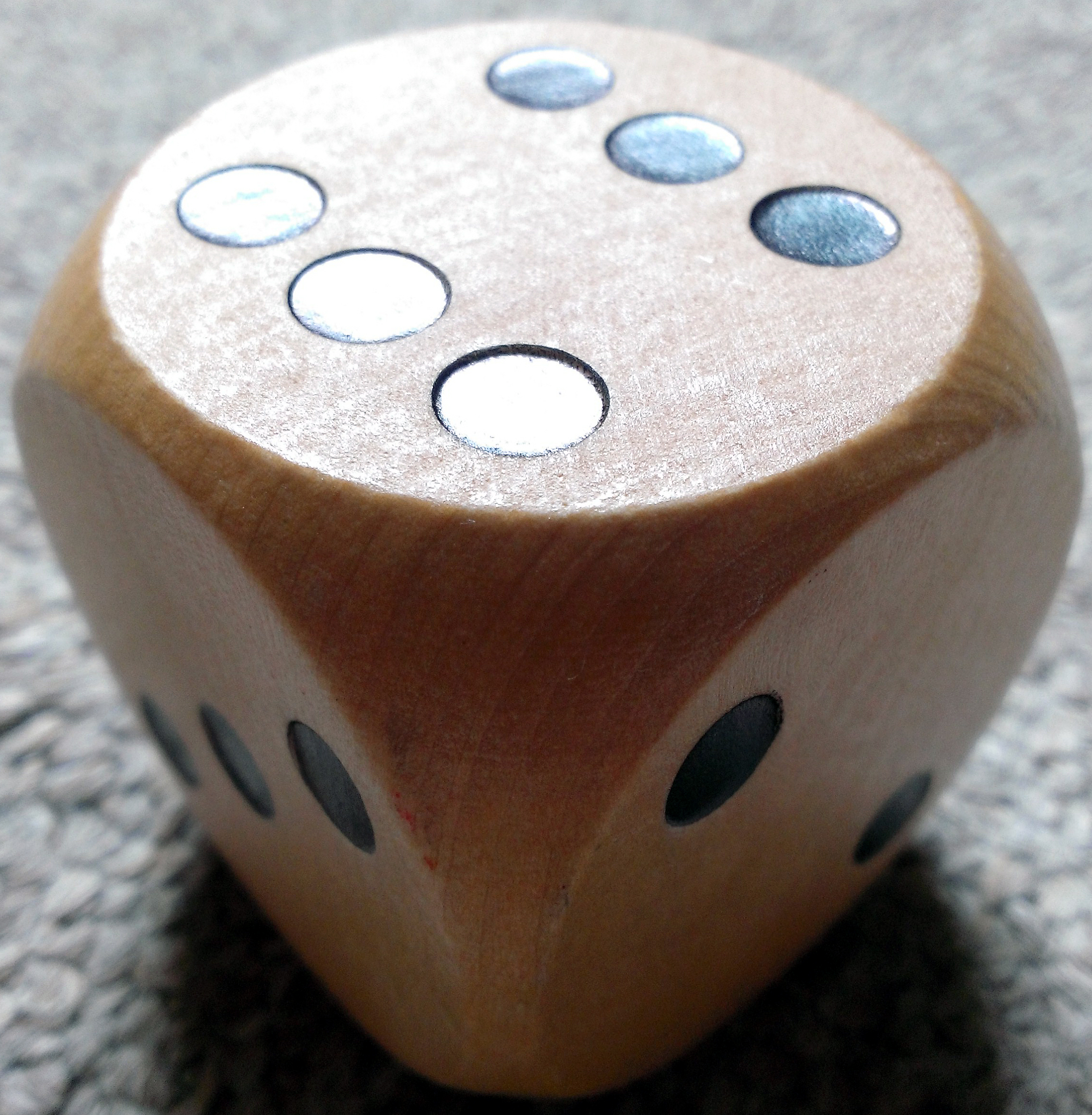 Now I thought that would be it for the month so I decided on get another roleplaying book or two.  The following two I found at a reduced price, and thought they would be a good addition to my Cthulhu collection.  Both of them being good resource material, especial the Secrets book. 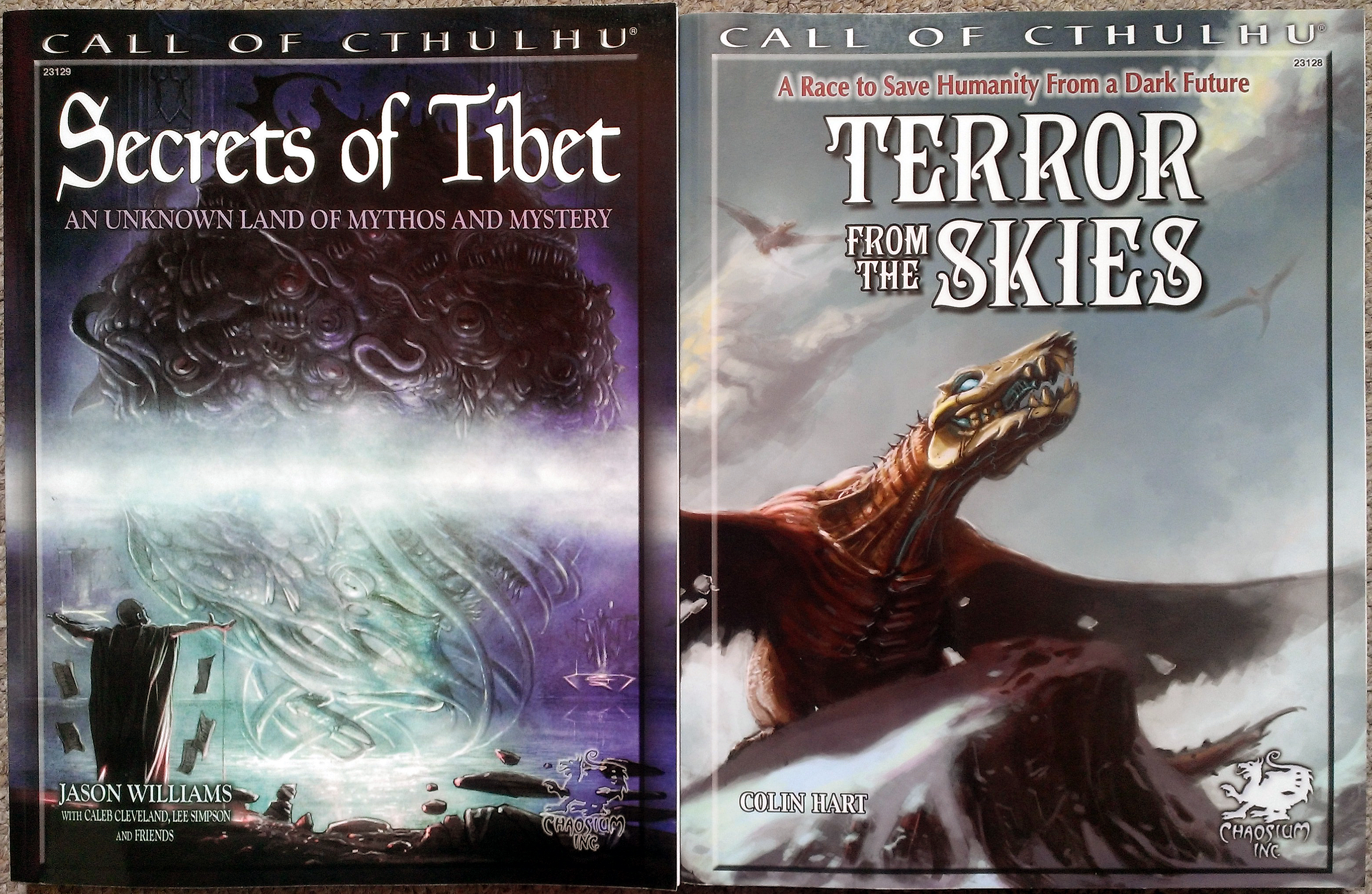 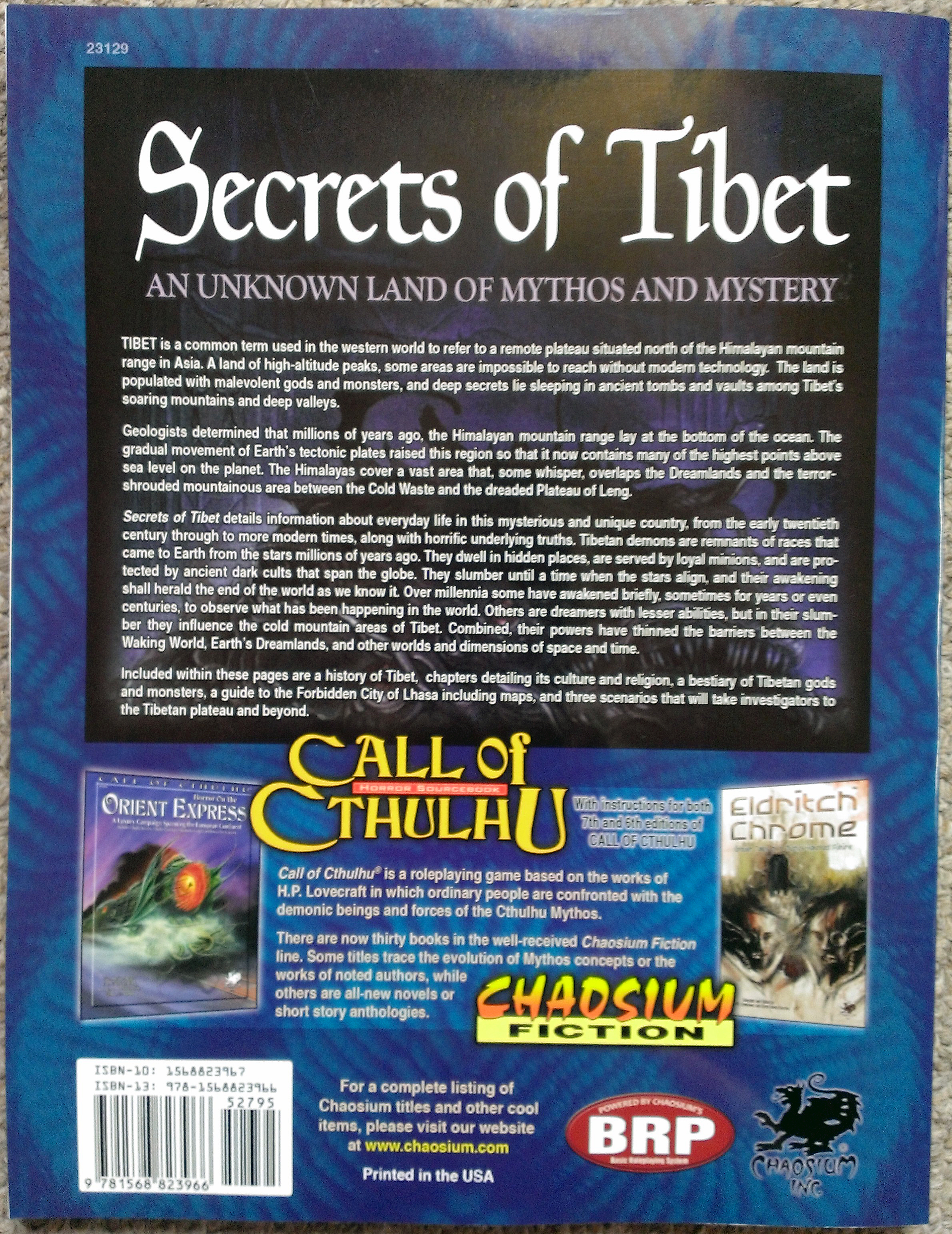 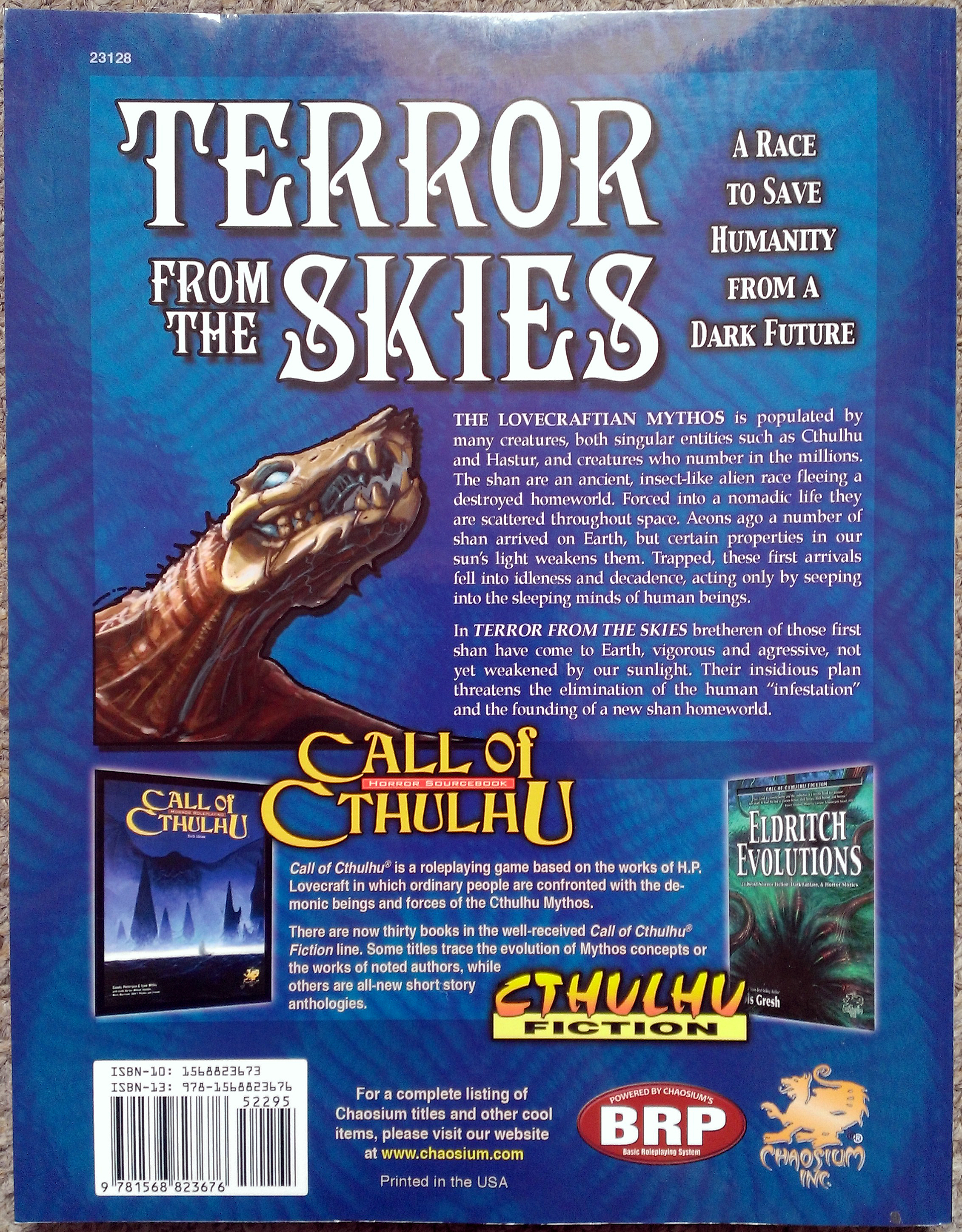 Finally we are on to the end of the month, when I spotted yet more boardgames coming in at a highly reduced price.  Now I did not buy all that was available as I had already spent more than I had anticipated this month!  However these five games looked too good to miss out on.

First we have Fürstenfeld, where you are a farmer supplying goods to the local breweries, in the hope that one day you can have you own palace and live in peace off of the taxes.  Next a game called Asteroyds that has you hunting, shooting, and racing to become the next champion.  Then there is Spin Monkeys, and this game has you as a monkey in a bumper car racing around an arena collection all the fruit.  Followed by a card game called A Fool’s Fortune, a cunning game of mischief, mirth, and lore.  Delving in to the book of fate.  (The cards are about the size of your standard tarot cards.)  Then finally we have a game about tea called Darjeeling.  It is all about finding the best quality tea and shipping it off before the bounty looses its freshness. 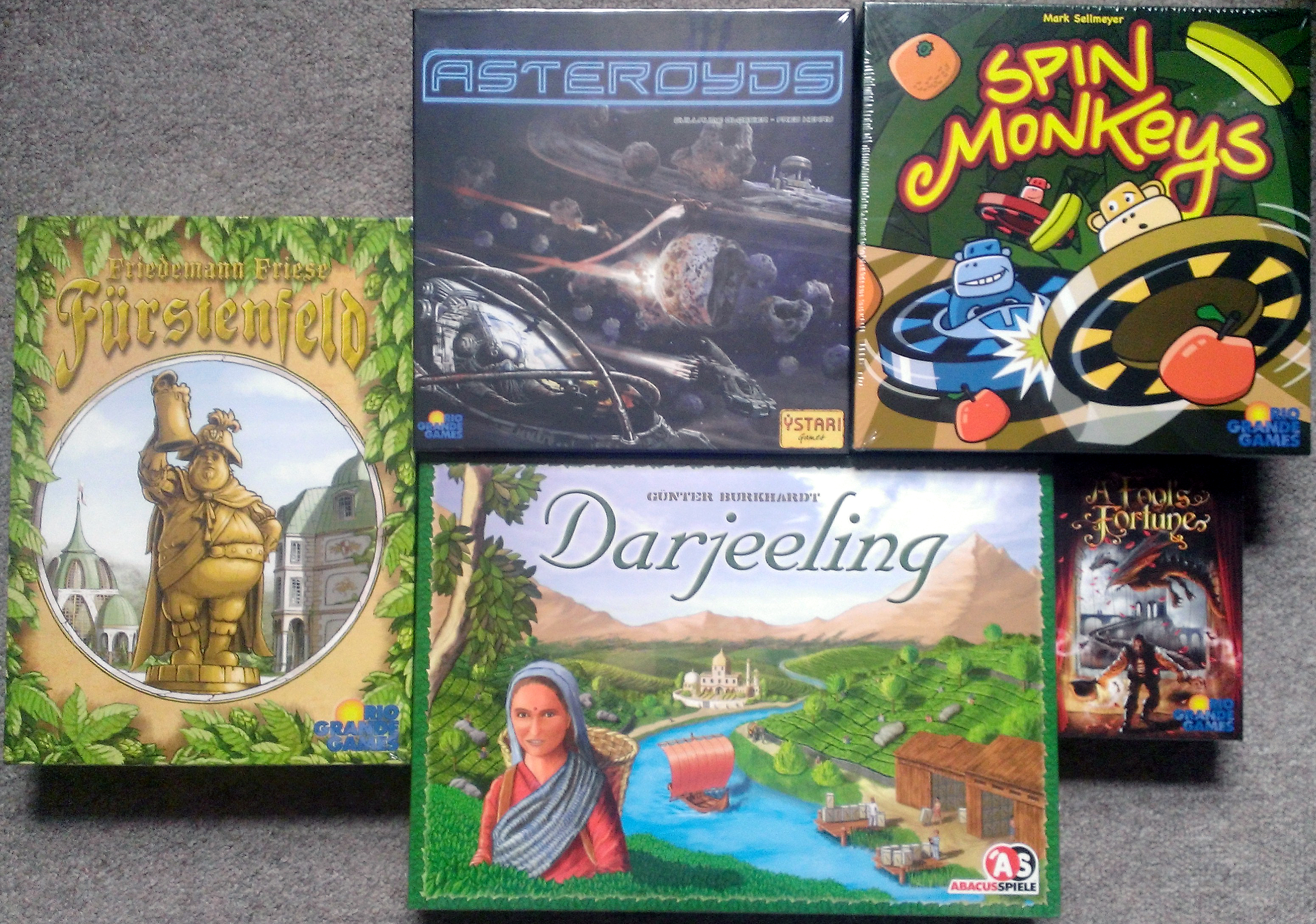 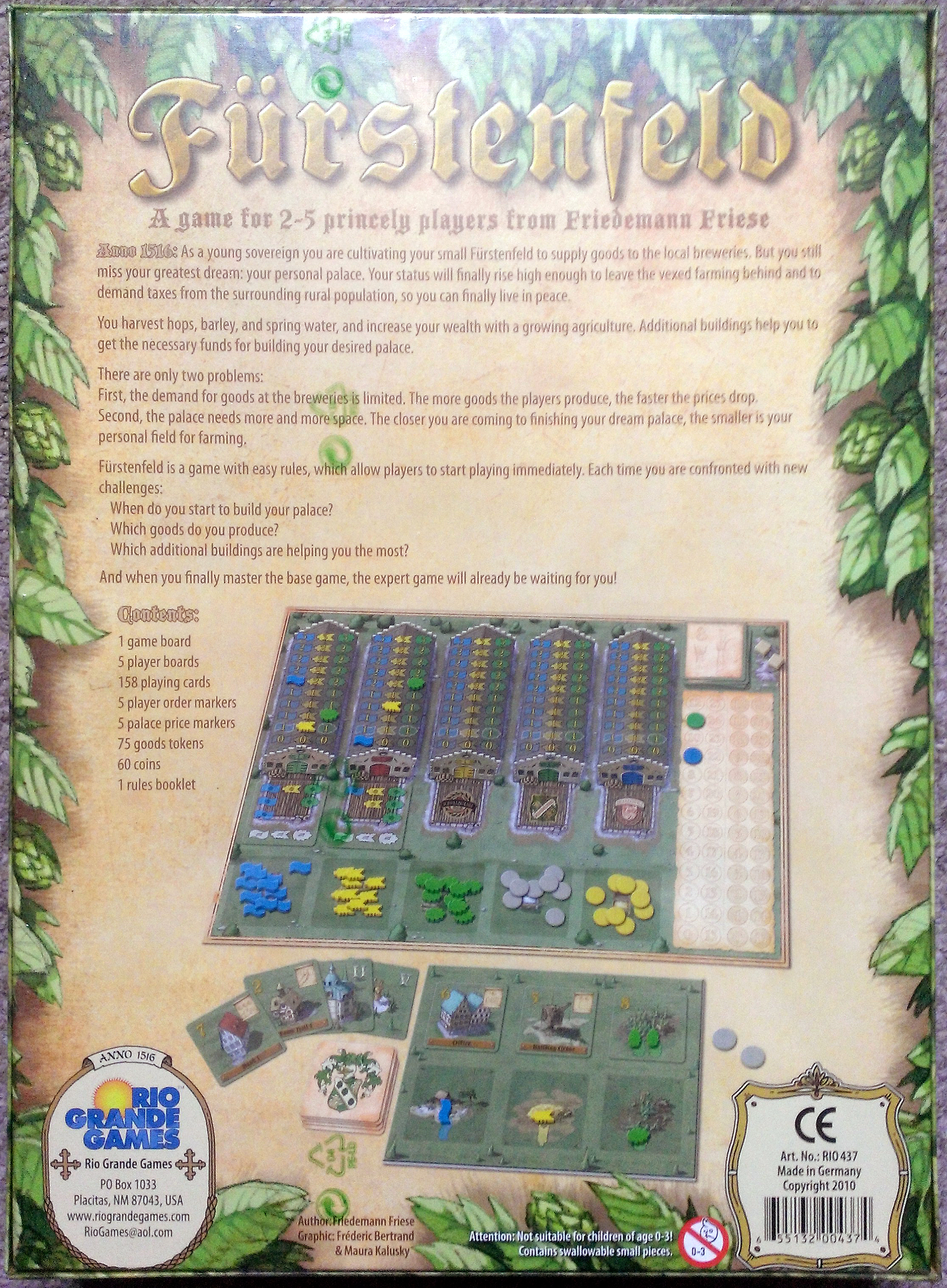 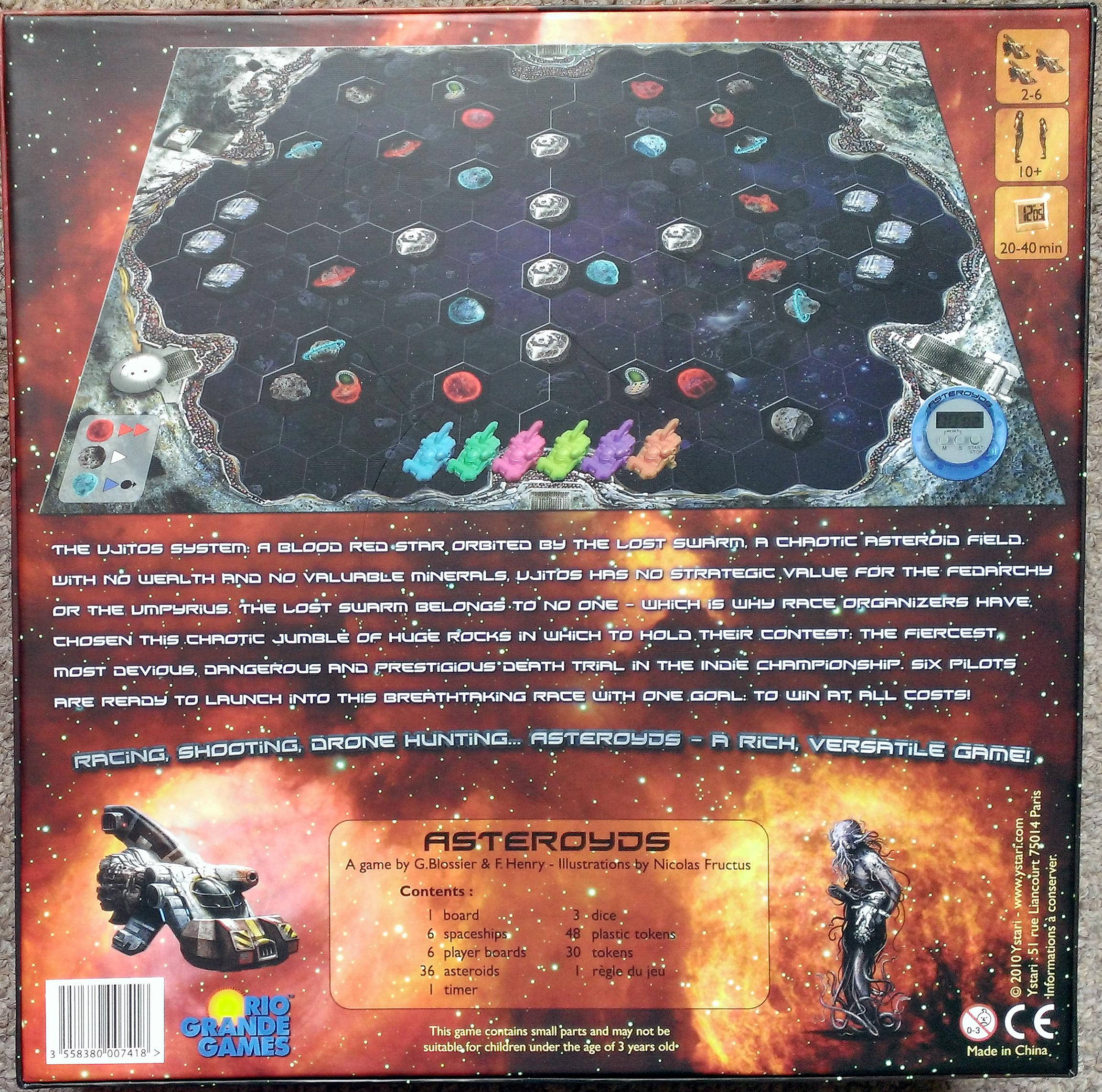 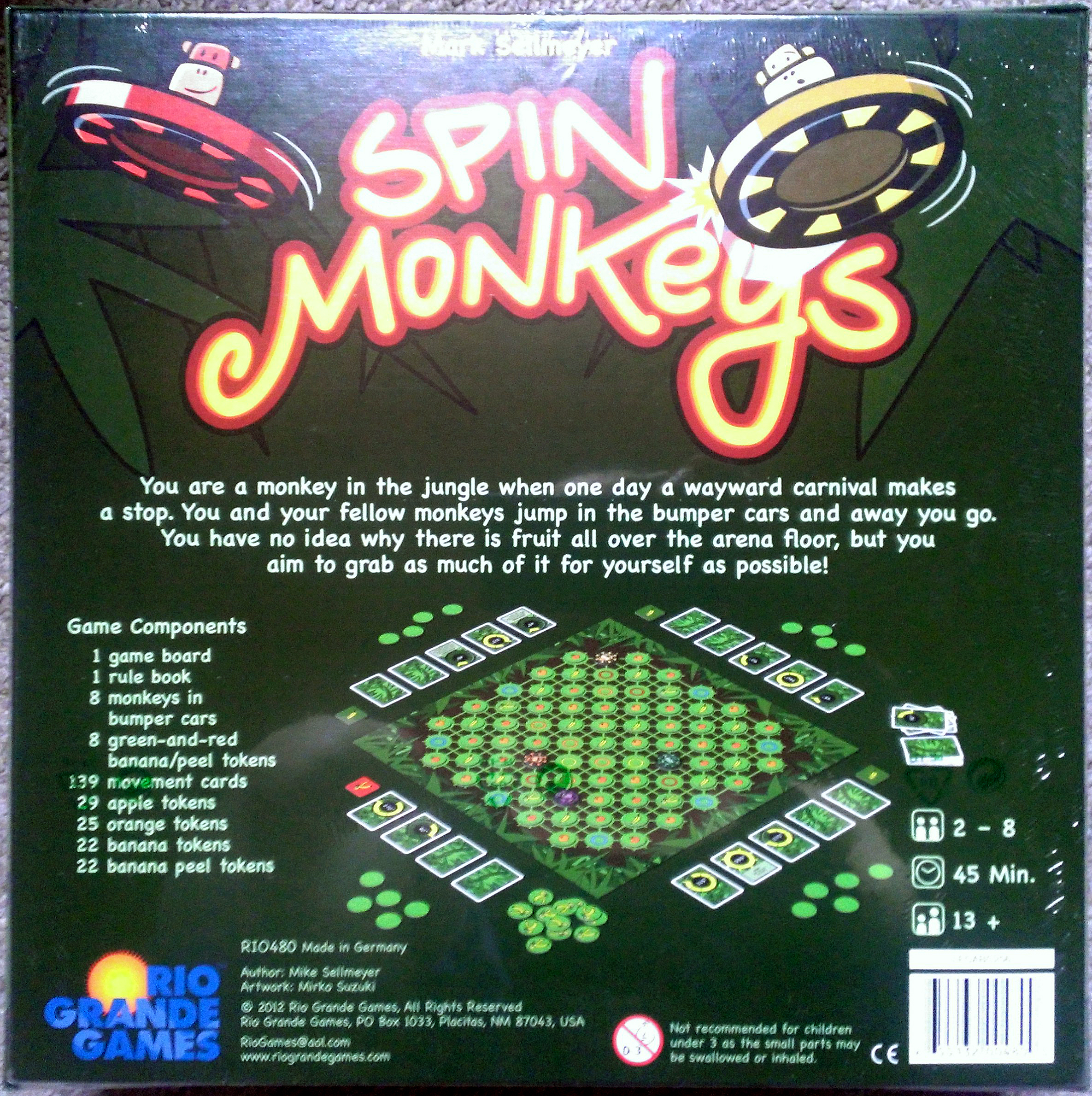 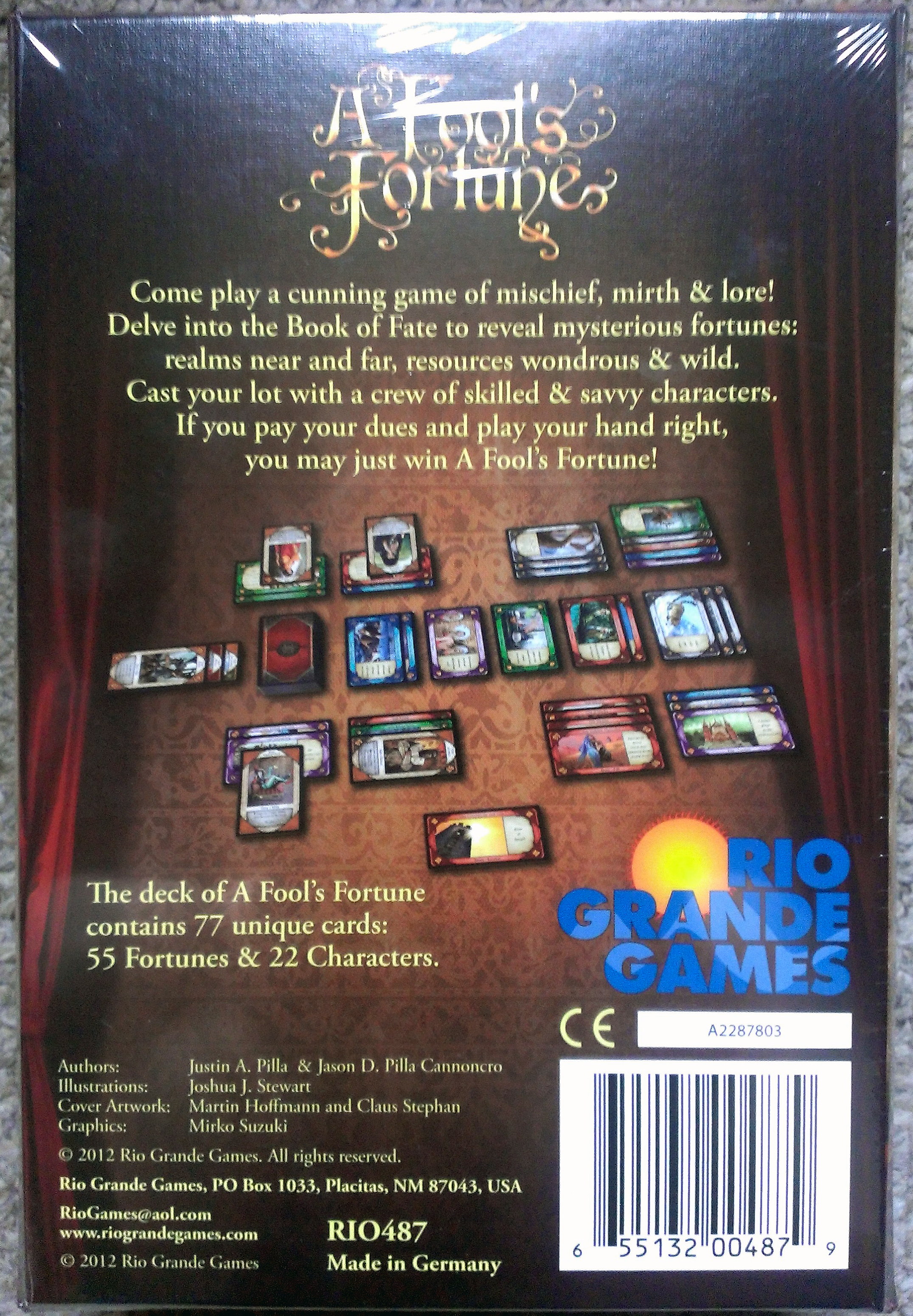 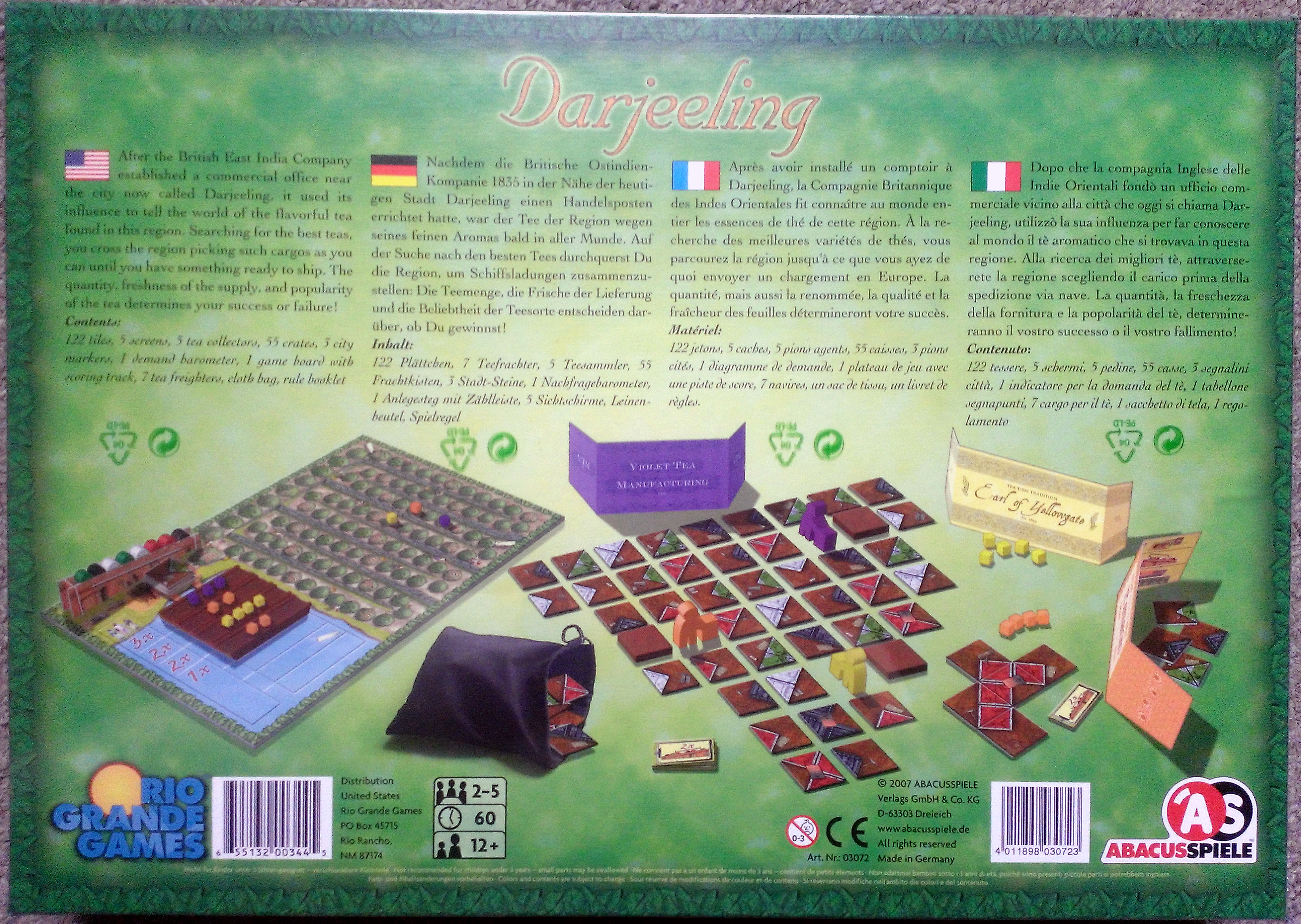 These last five games I had actually spent just under £33 online, including postage.  As you can see, if you spend a little time you can hunt out some great little bargains.  (Normally I go into the shop and make my purchases, but found buying online from their site made it even cheaper.)