Again I made the mistake of thinking that this month was going to be a quieter one, especially for my wallet.  But oh no!  There was only going to be one item for this month, as I had only picked up one thing for most of the duration of this month.  Right up until the last seven days or so, and then I went away and found some more things to buy, (as you do).

The first item is a book this time around, but not a role-playing book, this is a make a choice game book.  What instantly drew my attention to this book, and made me pick it up straight away was the words in the title, ‘Firetop Mountain’, as most of you I am sure are aware this is an old game book & boardgame.  I was intrigued to see what this new book was like, especially as I had not been aware of it until spotting it in the cheap book shop.  It also states on the cover that it is a parody. 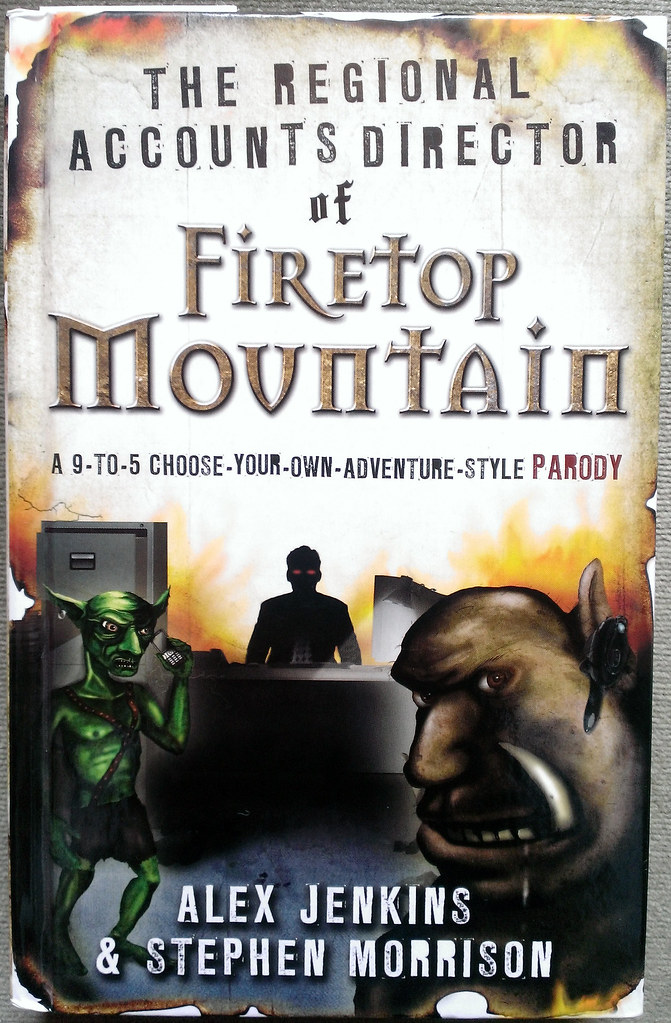 These next seven items I had found all within the same day, while I took another visit to the ‘Smoke’ (London).  All except for three was reduced in a sale, so again I found some more bargain items.

And now I will leave you with a picture of each of those item’s rear for you to see the detail and/or text.

The latest and ninth expansion for the classic game Carcassonne.  Hills & Sheep. 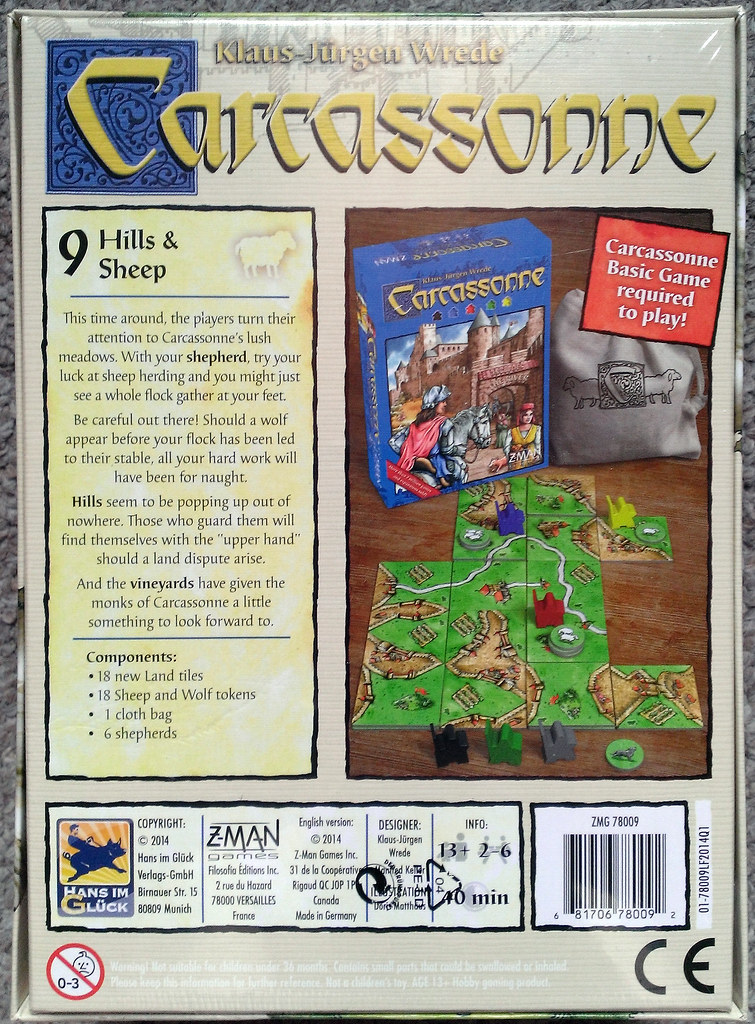 Another Carcassonne game, however this time it is a stand alone game of Carcassonne but with a different spin. 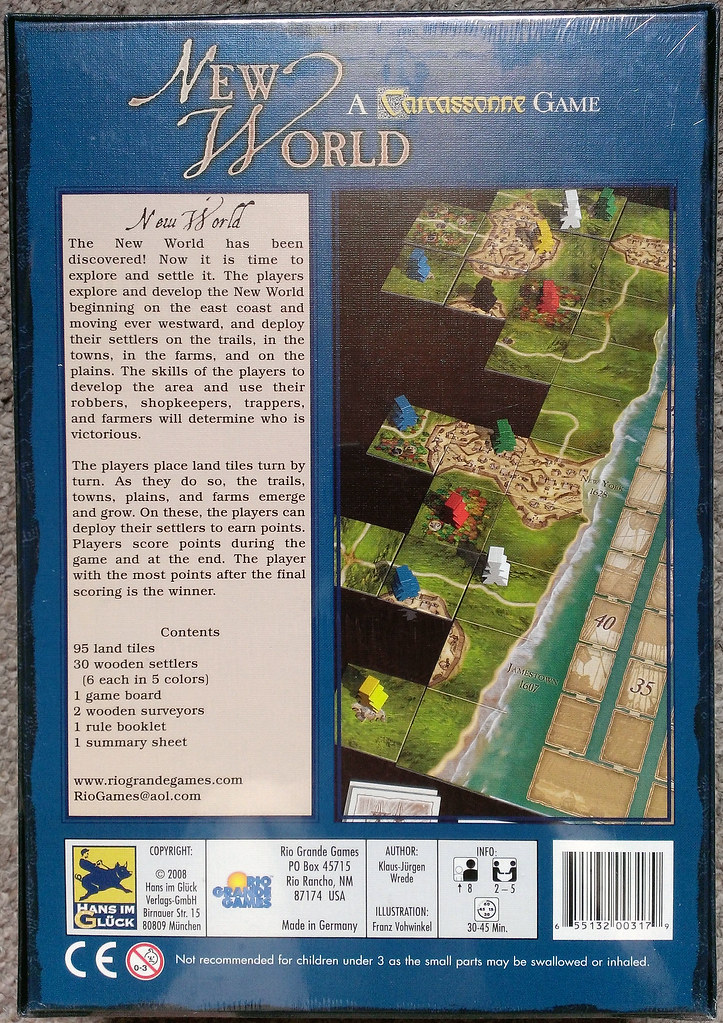 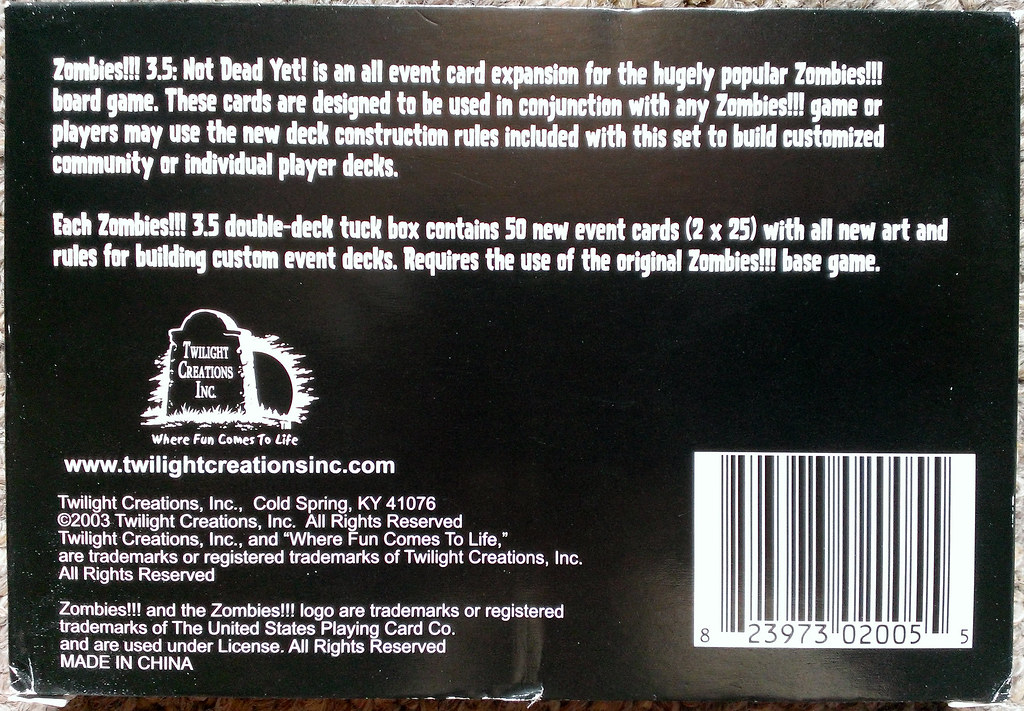 Yet another expansion for the Zombies!!! game, however this one is the tenth expansion (well eleventh), called Zombies!!! X Feed the Addiction! 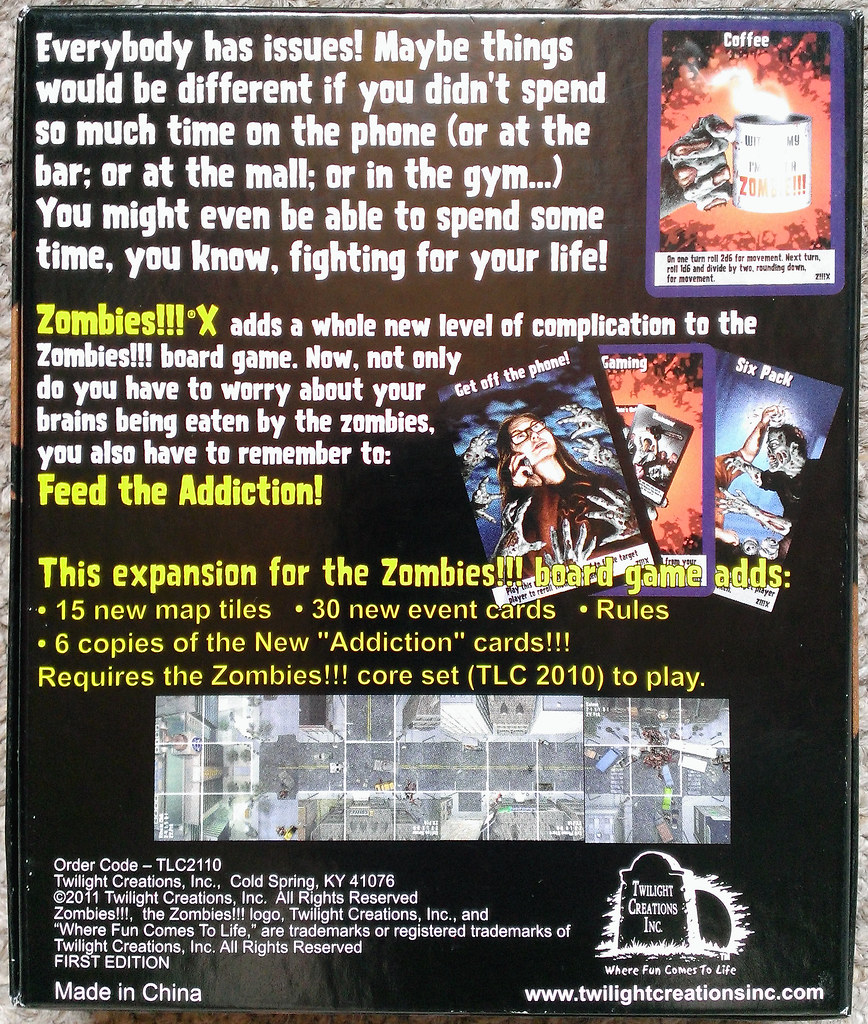 A role-playing offering this time.  This is a Game Masters Kit for the Black Crusade, Warhammer 40,000 RPG. 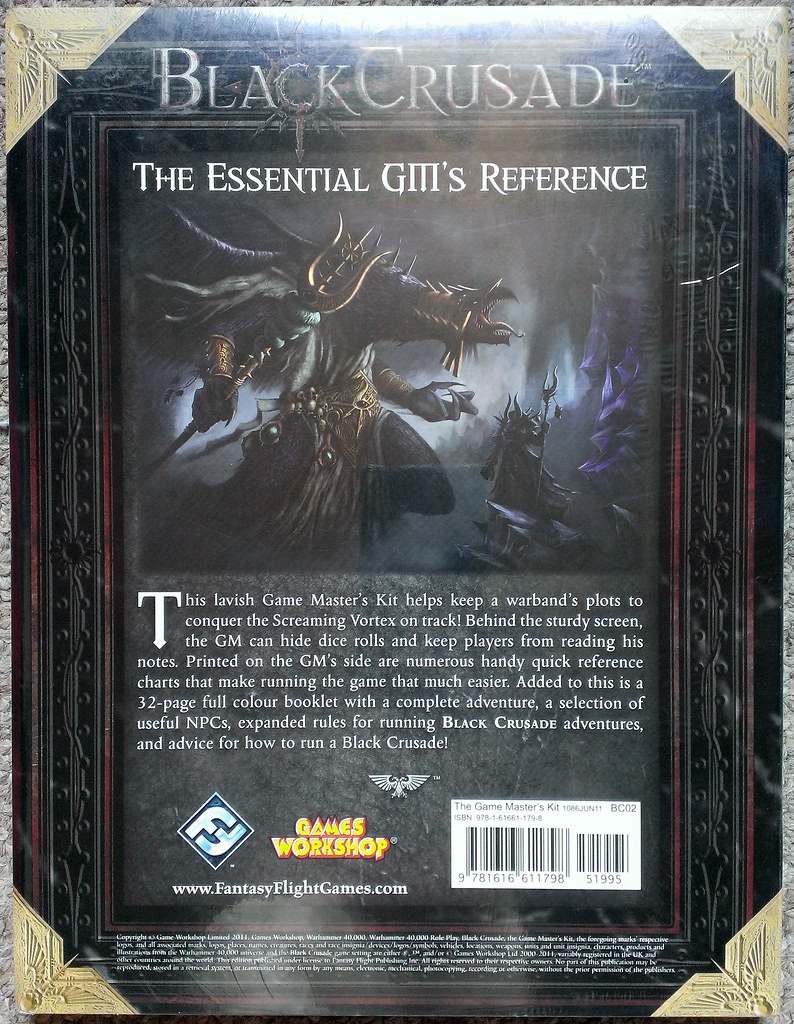 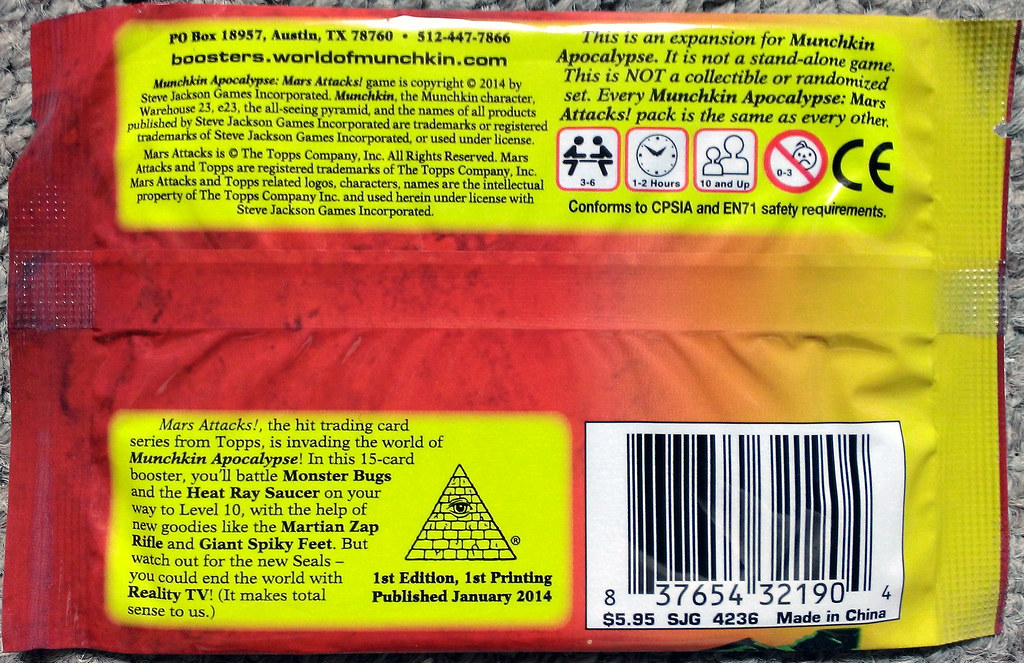 Another expansion pack, and this one is for the Cthulhu Gloom card game, called Unpleasant Dreams. 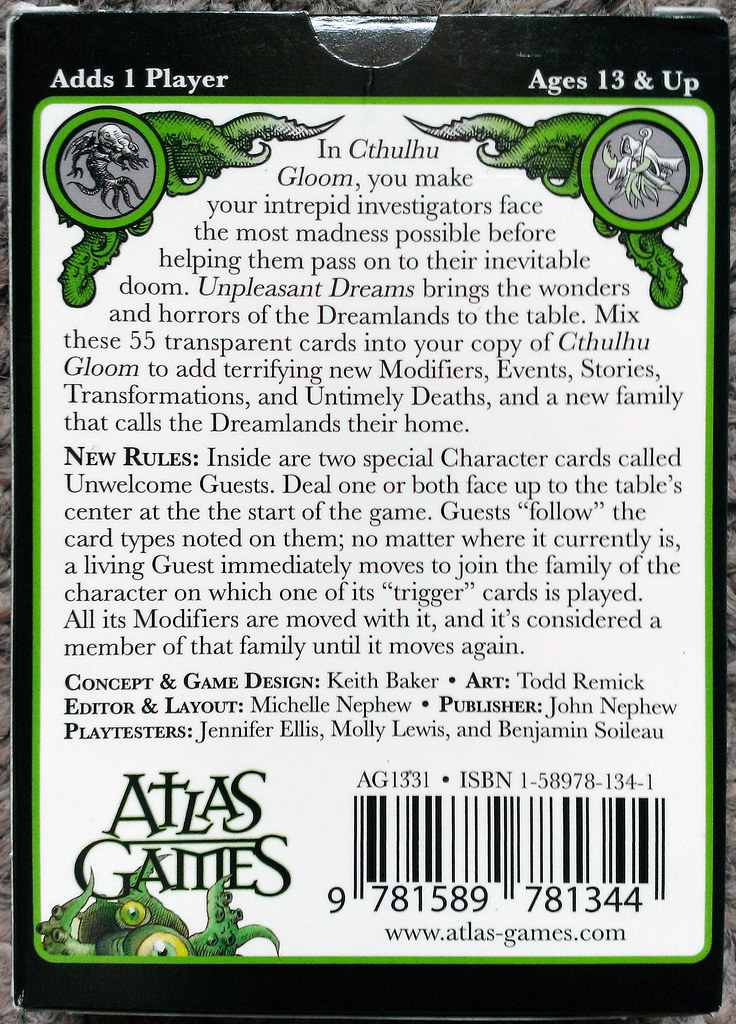